International customers got a good buy on Limburg Foal Auction

Following a very successful edition of the Dutch Sport Horse Sales, records were also broken in the Limburg Foal Auction. For the first time in the history of this auction, a total of more than one million euros was realized. Therefore, the majority of the breeders could turn home with a lucrative price for their foals. The filly Mucinda (s.Berlin) is sold for the highest price, 30,000 euros, and goes to Belgium.

Since the start of the auction, the most important goal is to create sales for the mainly Limburg breeders. The goal wasn’t achieved before in a way like it was today. The average price for the show jumping bred foals was €10,072, compared to an average price of € 7,250 for the dressage foals. Over the total collection, the average price was 300 euros higher than last year, with less extreme outliers.

Best investment
The best paid foal of the evening was the Berlin filly Mucinda (ds.Heartbreaker), a full sister of the Zangersheide approved stallion Extra, who is already successful on 1.50m level under Thibault Philippaerts. Mucinda has been sold to the owners of Extra, the Spronken and Philippaerts families. “We have come to the Limburg Foal Auction, especially for this foal. So we are really pleased that we are the new owners, and we purchased her for both sports and breeding. If she is going to develop like her brother, it may be our best investment ever”, laughs Leon Spronken. In addition to many buyers within Europe, foals have also been sold to countries like Australia, Canada, America and Mexico. The combination with the show jumping horse auction on the day before, brings more and more benefits. “Due to the Dutch Sport Horse Sales, the foal auction attracts a very international audience. Sportsmen who had never invested in foals, have now became owners of new young talents today”, says Paul Hendrix. “Many foals sold abroad are staying in the Netherlands for the next two years. So also in this way, the Limburg Foal Auction connects horse people from in and outside our country.”

Strong breeding area
Given the average quality of the foals and the paid prices, this 17th edition of the Limburg Foal Auction has been very successful. “In contrast to most auctions, we have only organized a couple of selection days. And if you can already bring together a collection like this, you know that we really have a strong breeding area over here. We are very pleased that we have realized an average price of 9,400 euros. This makes sure many breeders go home with a good price and a good feeling, and that’s why we are organizing this auction. And in view of the current developments, we must all get used to the fact that a good foal has to cost around 10,000 euros.” Amongst the best paid foals are also the dressage foals Maxim-N (s.Glock’s Toto Jr., €23,000) and Miss Delin (s.Ferdeaux, €22,000) as well as the Numero Uno foal Montana which was also sold for €22,000. 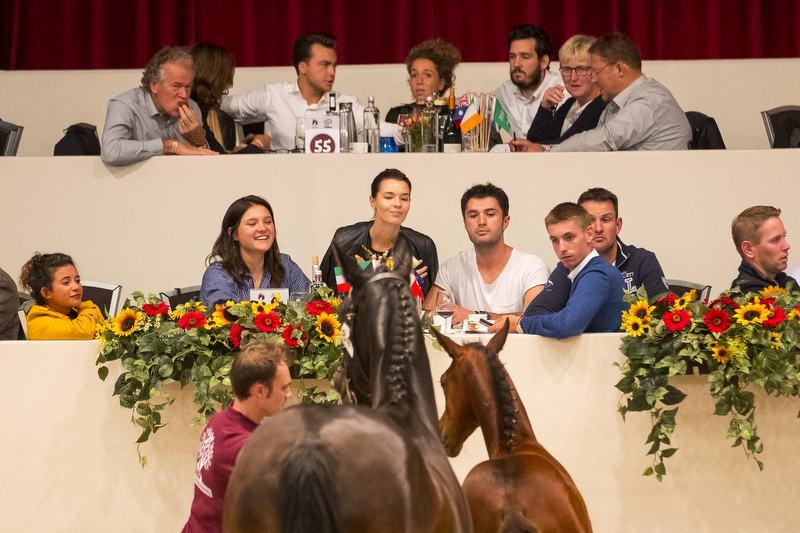