They went under the hammer as cute foals; they have now become horses that act on the highest level. Horses sold via the Limburg Foal Auction have put their best foot forward in San Giovanni, Arezzo, Mijas and Wellington. The highlight was the fourth place of Cas II in the CSI2* Grand Prix in Wellington.

Cas II (Indoctro x Numero Uno) came into action under Audrey Coulter. During an exciting battle they were able to grab fourth place in the CSI2* Grand Prix at 1.50m level in Wellington. Due to his great achievements, Cas II is part of the Wall of Fame of the Limburg Foal Auction. He was previously brought out by Cameron Hanley, under whom he amongst others became second in the CSI3* Grand Prix at 1.60m-level in Donaueschingen.

In the Italian San Giovanni, Fenomeen (Ustinov x Voltaire) appeared in the ring under Robin Ingvarsson. They finished fifth in the CSIYH1* at 1.30m level.

Also in Italy, in Arezzo, Big Brother (Untouchable x Gran Corrado) competed under rider René Lopez. They participated in the CSI3* at 1.45m level where they became fifth. Big Brother has achieved many great results in his sports career. For that reason he is part of the Wall of Fame of the Limburg Foal Auction. Together with René Lopex he became sixth in the CSI4* Grand Prix in Valence last year.

Lara Whiteway and VDL Groep Alitta (Karandasj x Indoctro) put down a neat performance in the CSI3* at 1.40 level in Mijas. They became second in this category. 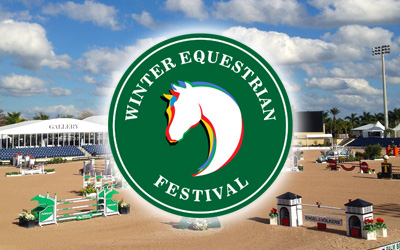