The Limburg Foal Auction of 2016 was a great success; the average foal prices increased once again and moving to Equestrian Centre de Peelbergen proved to be the right step. As a token of appreciation of the dedicated volunteers a thank-you dinner took place last night at restaurant Boszicht in Maasbree.

Despite incidentals that arise when you change accommodation, the 16th edition of the Limburg Foal Auction went almost flawlessly. This would not have been possible without the help of the group of 30 volunteers who have put in all their effort to make the event a big success.

Paul Hendrix  opened the evening with a speech in which he expressed his appreciation. After this, one of the organisers (Luc van Moorsel) held a short presentation about the results of the Limburg Foal Auction to indicate the upward trend. Afterwards a nice dinner was arranged as a token of appreciation.

It was a pleasant evening and we are already looking forward to make the edition of 2017 a great success together with the volunteers.

We hereby want to thank the volunteers again for their great work! 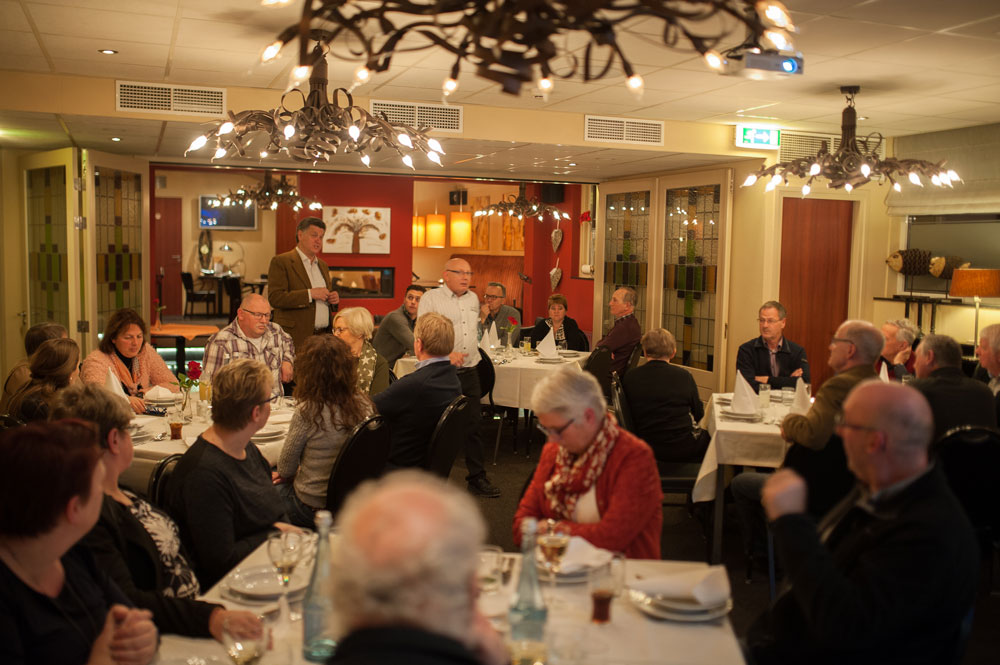