WANSSUM – Last night the second selection day for the Limburg Foal Auction took place in Wanssum. A total of 24 new foals have been added to the collection for the auction. Of the 24 foals, 3 dressage foals and 21 jumping foals were selected with very interesting bloodlines. With the foals that were selected last week in Panningen, it is already starting to become a nice collection for the Limburg Foal Auction that will take place on 25 September in Kronenberg. 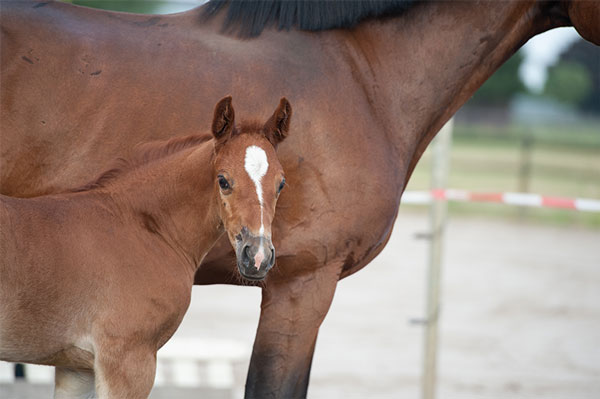