The Zapatero VDL son Kapatero F was bred by F. Fabrie from Eersel (NL) and his damline leads back to the international 1.45m jumping mare Ulonka (s.Oramé), who was ridden by Massimo Regina. That was one of the reasons for the LVV selection committee to select the great cantering colt in 2015. Also the stallion selection committee of Studbook Zangersheide was charmed by the now 3.5-year-old stallion Kapatero F, who showed a lot of quality during the free jumping and is owned by Williams Canterbury. 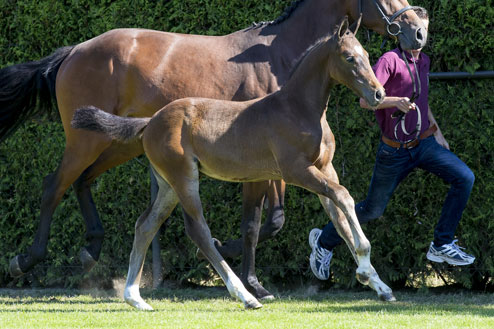 Kapatero F as a foal, sold at the Limburg Foal Auction.