The Everdale-son Inverness has been approved by the KWPN with excellent points, last Saturday. The beautiful bay stallion was sold during the Limburg Foal Auction in 2013 (then called Ivano), and has now made his first steps into a successful career as a stud. During the stallion test, the Everdale x Johnson stood out because of his work ethic and electric leg movement. He collected a total score of 81.5 points.

Inverness was praised for his spacious gallop, for which he was rewarded a 9. The jury: “The canter is very powerful, uphill with a lot of space and balance. Inverless moves with a good posture, balance and suppleness. He shows a lot of talent for dressage and gives his rider a good feeling.” Inverniss is described as an honest and reliable stallion with a good attitude and willingness to work.

He can improve the movement and canter, as well as the ability to collect.

The Limburg Foal Auction congratulates his breeder Y.M.M. Maasacker from Cuijck, and his owners Gertjan van Olst and R.L. Lickley with the approval of Inverness. 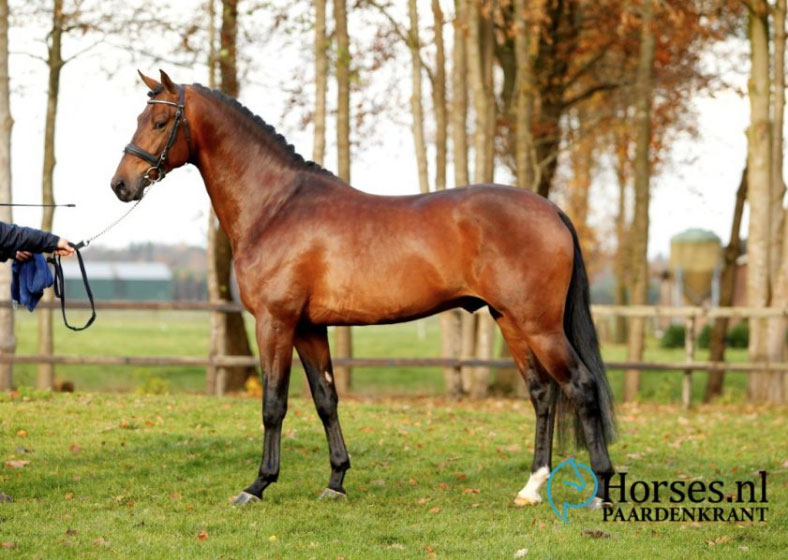