Following the Dutch Sport Horse Sales, the Limburg Foal Auction has elected one of her ambassadors as ‘Horse of the Year’. This first honor has been given to the successful Indoctro son Cas, who started his career under Cameron Hanley and now competes successfully with Harrie Smolders in the international sport. Today breeder Th. Tax and Mr. Tiernan Gill, who discovered Cas’s talent as a youngster, during the Limburg Foal Auction. 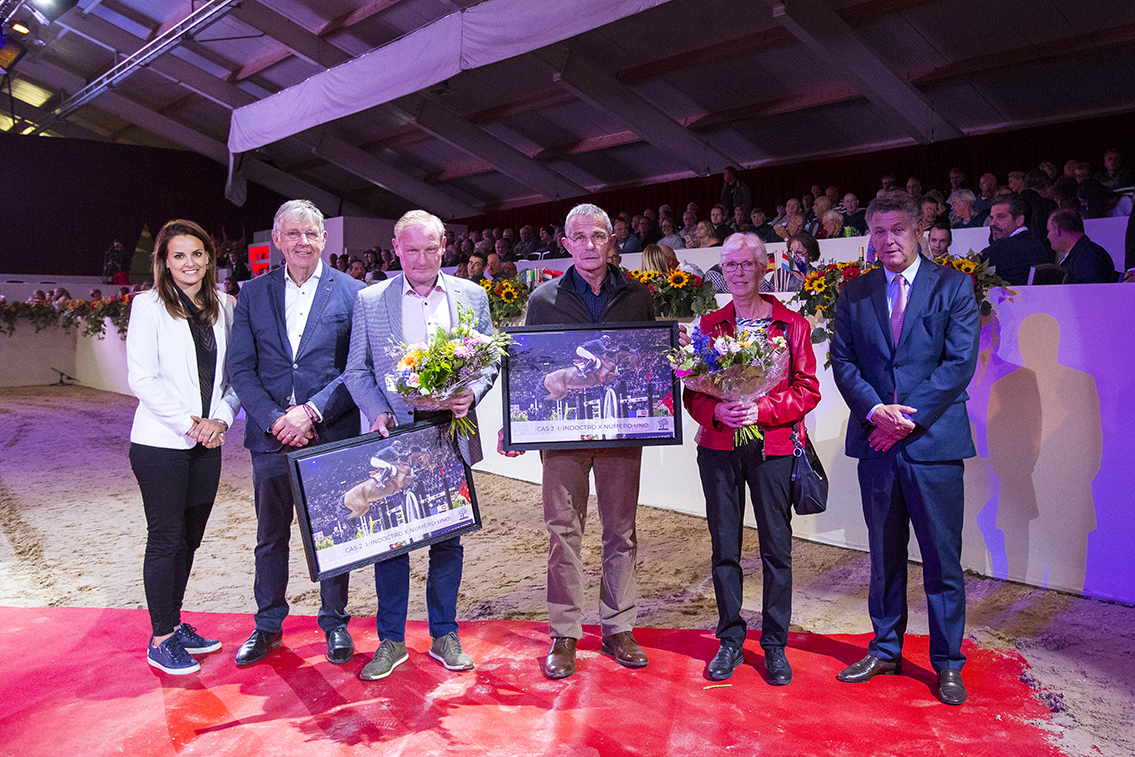 At the Equestrian Center De Peelbergen, the 18th edition of the Limburg Foal Auction takes place today, where more than 100 foals are auctioned. A great moment to put one of the striking references in the picture as Horse of the Year. Cas 2 (s.Indoctro) was born in 2007 by breeder Th. Taks from Blitterswijck (NL), who offered him a few months later for sale at the Limburg Foal Auction. There the young jumping talent was discovered by Mr. Tiernan Gill, who just received together with the breeder a beautiful photo of this LVV ambassador.

Great record
Cas 2 started his international sporst career in 2014 under the saddle of Cameron Hanley. Exactly two years later, the Indoctro son made his 1.60m debut with this Irish rider. In the 4* Grand Prix of Liverpool, Cas 2 was able to finish with only one down. A year later, he was purchased by the Copernicus Stables, and Audrey Coulter became the new rider. After a while Harrie Smolders took over. With this rider Cas subsequently won the 1.60m Accumulator at CSI3* Birmingham, the 1.50/ 1.55m class at CSIO5* Rome and the 2* Grand Prix at Lanaken.