Last week Thursday January 19th, the Desert Circuit 1* took place in California. Lauren Hester took part in the show with her horse Happy Feet B (Zacharov x Canturano I). They came into action in the 5-year-old category and put down an outstanding performance. The Limburg Foal auction horse was victorious with its American rider.

Happy Feet B was sold via the Limburg Foal Auction in 2012, and was bred by P. Simons from Lanaken, Belgium. He arrived at Hester’s farm in the end of 2016. 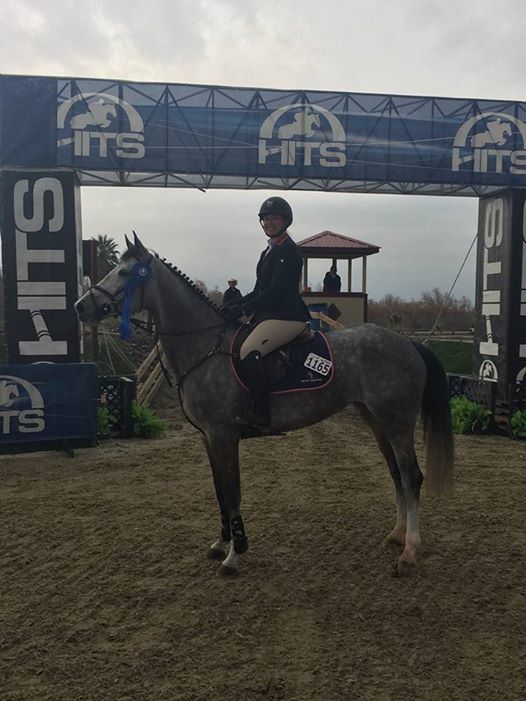