Marco Kutscher was very satisfied and especially with Van Gogh since it was his first Grand Prix after Hong Kong. Van Gogh had a break for two and a half months breeding. Marco Kutscher and Van Gogh finished in a great time of 42.27 seconds. Abdullah Al Sharbatly (KSA) was victorious with his horse Tobalio (Numero Uno x Jacorde). 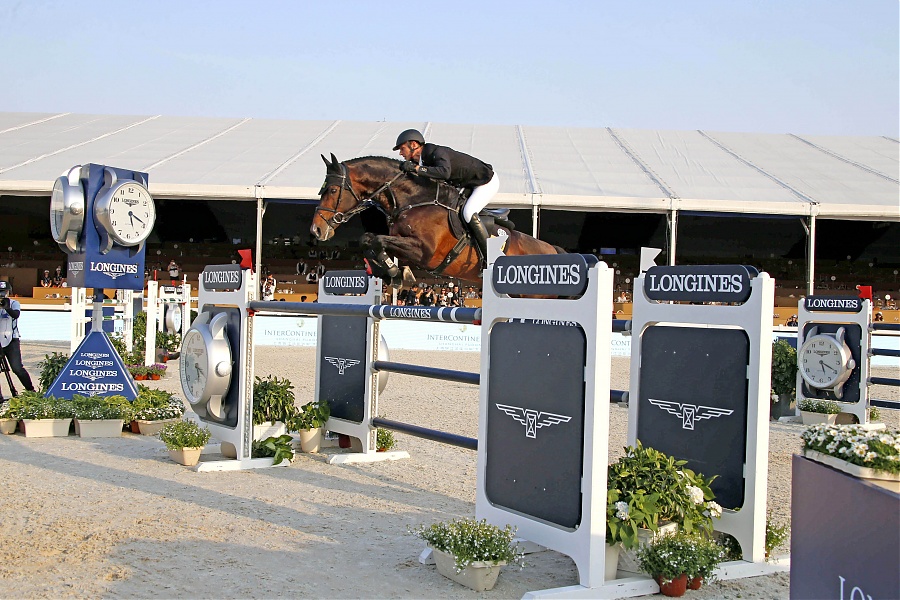