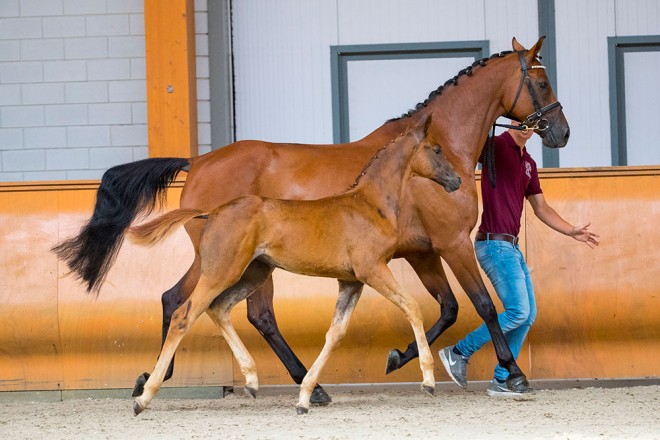 S. The promising six-year-old Chacco Blue-son Chacfly PS passed the German performance test with record high marks and an average of 9.49 for jumping. This star was awarded a ten no fewer than six times, and that makes him one of the most desirable young stallions in Germany. His first offspring seem to have inherited their sire’s qualities in abundance.

DS. With internationally-successful offspring such as Brooklyn, Fortaleza, Widny and Winston the Grand Prix stallion Sydney shows that he passes his jumping talent on very well.