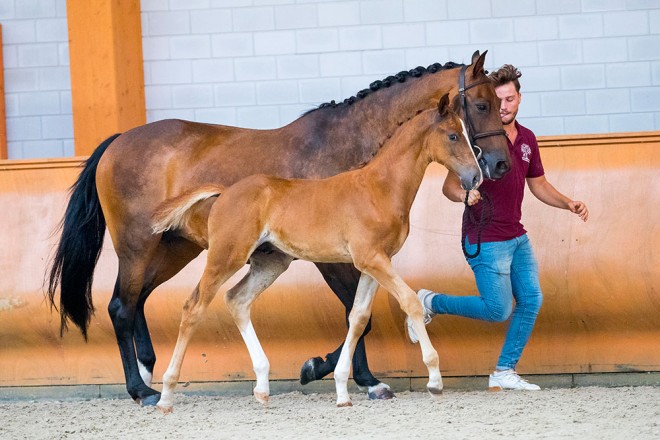 S. Don Diablo HX has developed into one of Michel Hendrix’s top horses. At the beginning of this year they won the 1.50m Grand Prix at the KWPN Stallion Show and they have also achieved several top placings at this level internationally. His offspring attract positive attention in the young horse competitions and this Spring his son Kardinaal HX was approved by the KWPN.