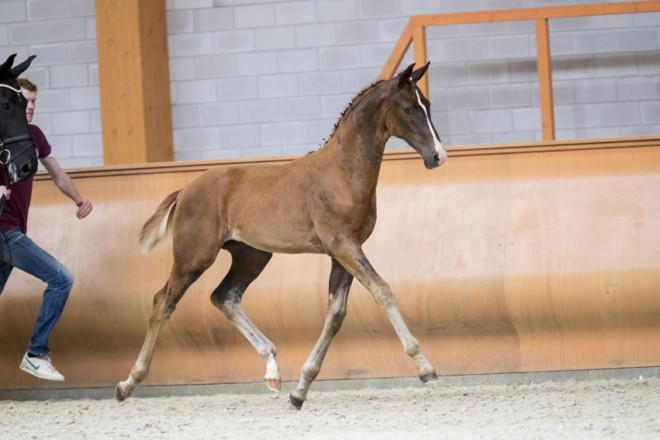 S. Foundation stallion Negro performed in the Medium Tour with Anne van Olst before an injury threw a spanner in the works. As a sire he has proved himself many times over with a uniform collection of well performing descendants. High-level examples are Nintendo, Unico G, Numberto and of course Olympic champion Valegro.

DS. The Oldenburg sire Sarkozy, known for his great movements, stood out as a young horse with Eva Müller and among others participated in the World Championships in Verden. He sired several approved sons.