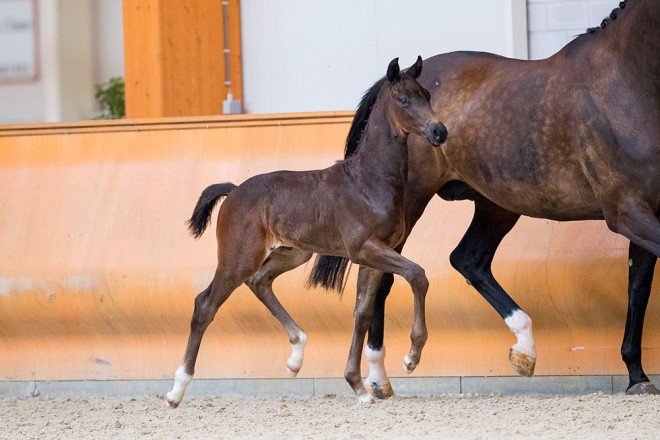 S. Performance test star Hennessy is developing promisingly under Remy Bastings and seems to have much talent for the advanced work. As a three-year-old he performed well in the performance tests and scored 82 points. As a sire the De Niro-son is also making good progress and has produced several champion foals amongst his first crops of foals.