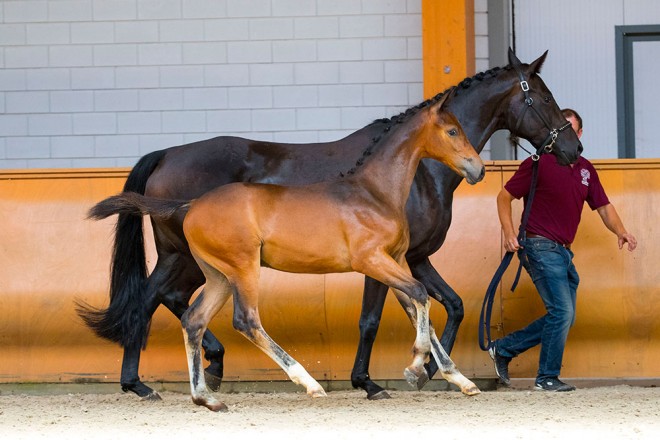 S. The Olympic dressage stallion Painted Black has proven himself fully under Anky van Grunsven and Morgan Brabancon. He has also made a significant contribution to breeding and that has earned him the keurpredicaat. He is the sire of Grand Prix horses Painted Brown, Wervelwind, Zircoon Spring Flower, Binky, Cupido PB and Carinsio.

DS. Ridden by Anne van Olst, the talented Chippendale showed his talent at Small Tour-level already. As progenitor he has made an impression with approved sons such as Crosby, Giovanni and Imagine.

E.T. foal. In the photo and video you can see the surrogate dam.