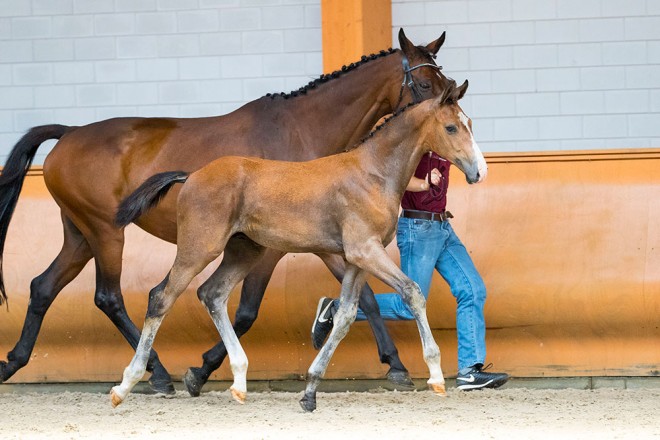 S. Zirocco Blue VDL had a glorious sports career with Jur Vrieling, with several Grand Prix victories as well as nomination for the Olympic Games. The Mr.Blue-son is also making his mark as a progenitor and is represented in the international sport by successful offspring such as Eddie Blue, Durango VDL, Deep Blue Bridge S, Ever Blue, Donjo and Golden Dream.