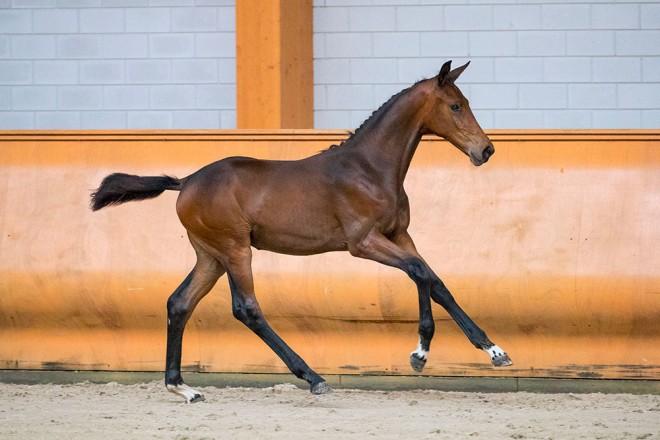 S. The beautiful Everdale-son Inspire attracted attention during the performance test due to his good attitude and rideability. He made a good impression with his first foals and in the report they are praised for their power and scope. Under the saddle the five-year-old attracts attention with his adaptability, self-carriage and balance. This makes him very promising for both sport and breeding.

DS. The successful Grand Prix stallion Krack C attracted attention under Anky van Grunsven and has proved to be a strong progenitor with successful progeny such as Vivaldi, Spargo, Twister and Dorado.