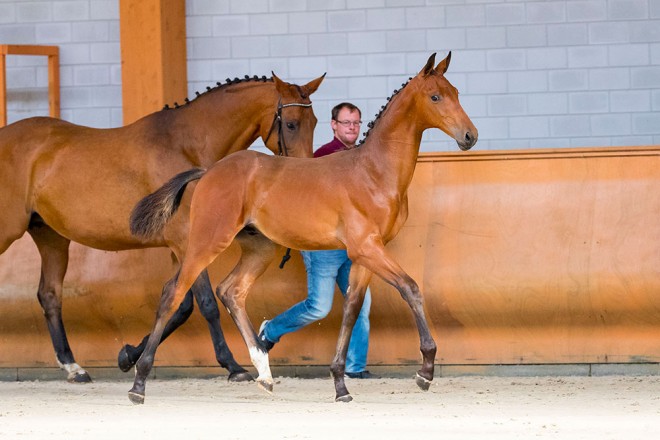 S. Under Charlotte Fry the five-year-old Inclusive is developing remarkably. The top talent was quickly selected for the WC for Young Dressage Horses this year. Already as a three-year-old he attracted attention and with a total sore of 86 points he was approved by the KWPN. This year he is presenting his first crop of foals; he is promising both in the sport and for breeding.

DS. The successful Grand Prix stallion Krack C attracted attention under Anky van Grunsven and has proved to be a strong progenitor with successful progeny such as Vivaldi, Spargo, Twister and Dorado.

This foal was tested and is a carrier of the WFFS gene.