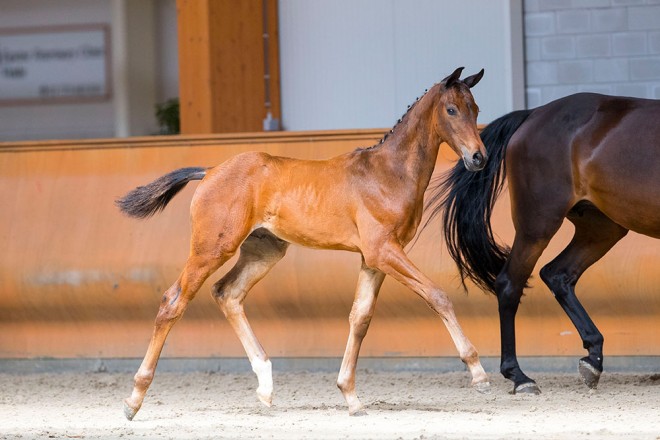 S. Following an exceptionally successful sports career in the Youngster classes, ridden by Emmelie Scholtens, Desperado is now excelling at international Grand Prix-level. With Ibiza, Dettori, Jamaica and James Bond he already has several approved sons. Under the saddle, his offspring attract attention with their talent and willingness to work and a large number of them have been selected for the semi-finals of the Pavo Cup this year.

DS. Lord Leatherdale, known for his movement, is Grand Prix-qualified and is making his mark with approved sons such as Glamourdale, Chippendale and Everdale.