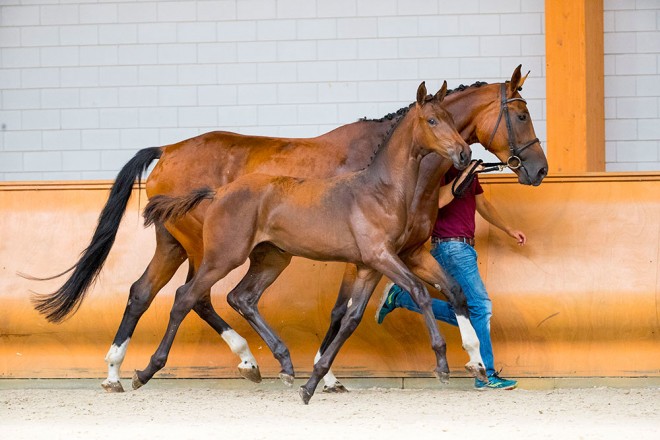 S. Under Mirelle van Kemenade sire Ferdinand is performing well at national Small Tour-level. The Vivaldi-son is also making a positive impression as progenitor and last year Jewel, a son out of his first crop of foals, came third in the Champions Inspection during the KWPN Stallion Show. Under the saddle, his offspring also show that they have inherited much from their sire.

DS. As a young horse the Small Tour stallion Florencio won World Championship gold twice and is making his name in breeding with offspring such as Charmeur, Borencio, Zandor HD, Florenciano and Aaron.