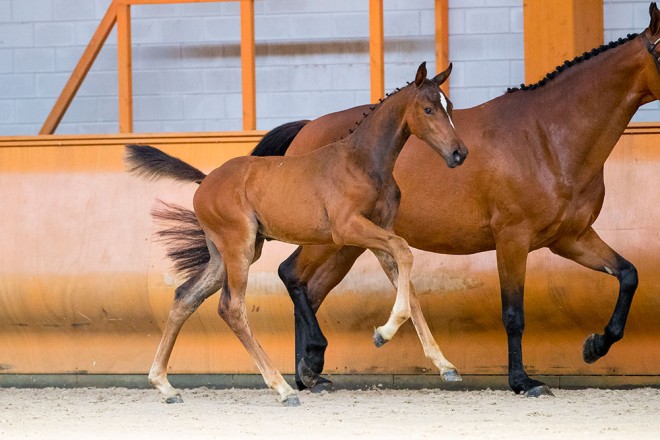 S. With his notable jumping talent and similar lineage, the five-year-old Denzel van ‘t Meulenhof-son Nixon van ‘t Meulenhof is impressive. He jumped several spectacular clear-rounds in the Belgian Stallion Competition and can count on much trust from the breeders. He is a half-brother of the Olympic Grand Prix stallion Emerald and a great future awaits him.

DS. Verdi, the all-rounder, competed at eleven world championships. He is also impressive as sire, with Grand Prix offspring such as New York, Chaplin, Comic, Bonjovi, Chief and Bulavsco.