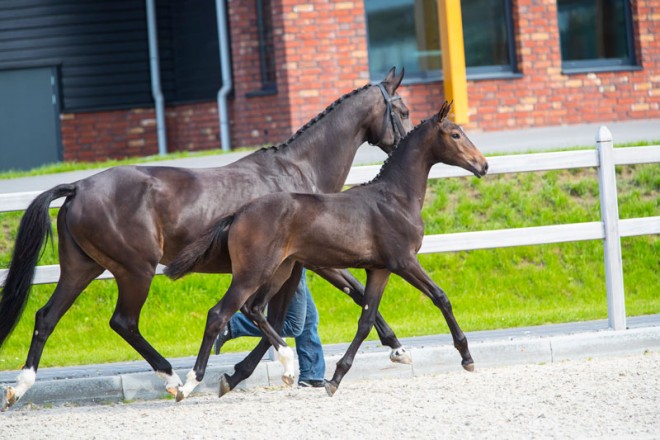 S. This foal’s sire Eye Catcher won bronze at the World Championships in Verden and gold at the Dutch Championships in the Z2 class. This year, he made a successful debut in the Small Tour under Kirsten Brouwer. In addition, this chestnut stallion with excellent movement puts his stamp on his remarkable offspring, among them his approved son In Style and the champion mare Jevera.

DS. The Small Tour stallion Oscar has more than proven himself in breeding as the sire of Grand Prix horses, including Uphill, Anne Beth and Victor Epona.