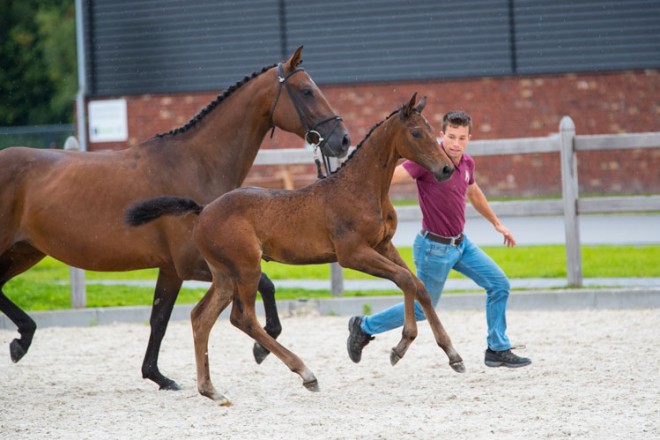 S. Under Zoï Snels, the very consistent jumper Chapeau TN convincingly captured the Isah Cup as a four-year-old. In addition, this future talent made a great impression in the stallion competition. Last year, the five-year-old Holsteiner was approved by the KWPN with 83.5 points; and this year, he is presenting his first crop of foals.

DS. The Grand Prix stallion Warrant excelled in the show ring under several riders and now impresses as a sire with offspring including the World Champion Garant and the Grand Prix show jumper Ted.