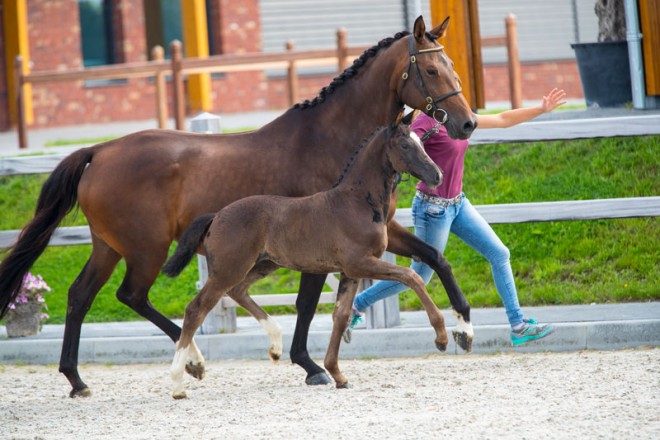 S. This foal’s sire Ferdeaux excelled at the ZZ-advanced level and in the young horse championships under Kirsten Brouwer. A stallion with a powerful canter, he is also clearly gaining a foothold as a sire. Jerveaux, his promising son from his first crop of foals, is a KWPN-approved stallion.

DS. With Madeleine Witte, Wynton is proving himself at the Grand Prix level. His oldest offspring are competing at the ZZ-advanced level, including his approved sons Dark President D&R and Four Legends KS.