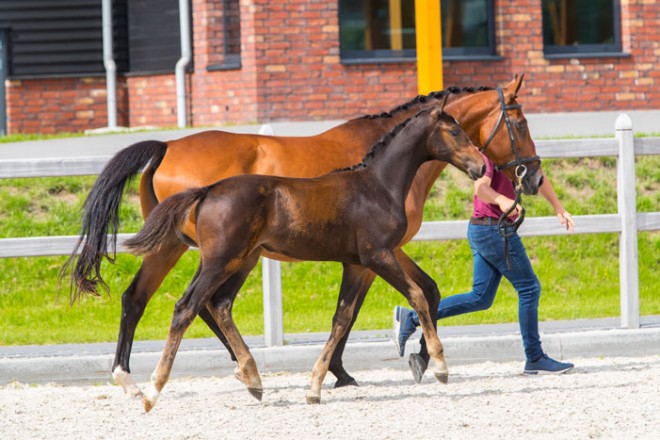 S. The genetically interesting stallion Vermont is out of Pracht-S, who competed at the Grand Prix level under Helen McNaught. Although an injury sidelined Vermont’s sport career, he has produced relatively many international show jumpers from a limited number of offspring, including Beaumont, Belledorane, Bon Suela, Bolivia S and Biklea.