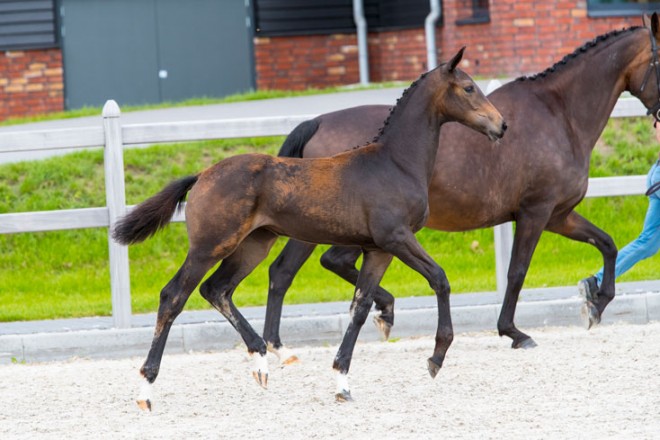 S. This foal’s sire Inspire is among the better horses of his birth year, thanks to his three good basic gaits, excellent self-carriage, desire to work and a strong dam-line. Scoring multiple 8’s, he was approved by the KWPN; and this year, he is presenting his first crop of foals, who have inherited his outstanding movement.

DS. The foundation stallion Negro has distinguished himself as the sire of a series of Grand Prix horses, including Valegro, Numberto, Vorst, Taikoen, Nintendo and Unico G.