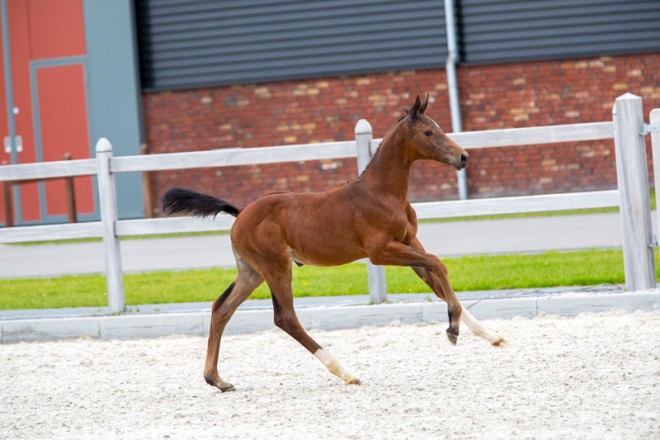 S. The KWPN approved stallion Edinburgh jumps with lots of bascule. He won the Blom Stallion Competition in Zuidbroek last year, class Z/ZZ under Kristian Houwen. Later that year, the duo was able to qualify for the World Championships for young horses in Lanaken, Belgium. It’s all proof of the impressive sports career that this stallion is creating for himself. His offspring shows strength, elasticity and balance in the so important canter.