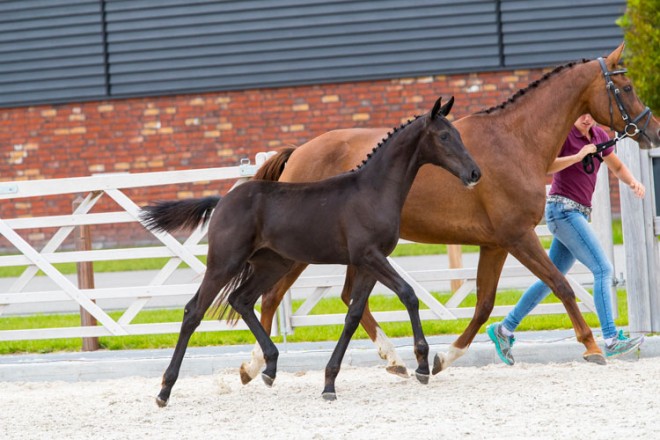 S. The future talent George Clooney, a full-brother to two Grand Prix dressage horses, showed abundant dressage talent in the performance test and was approved with 80 points. The eye-catcher is now excelling in the young horse competitions, and his offspring strongly inherit his remarkable talent.