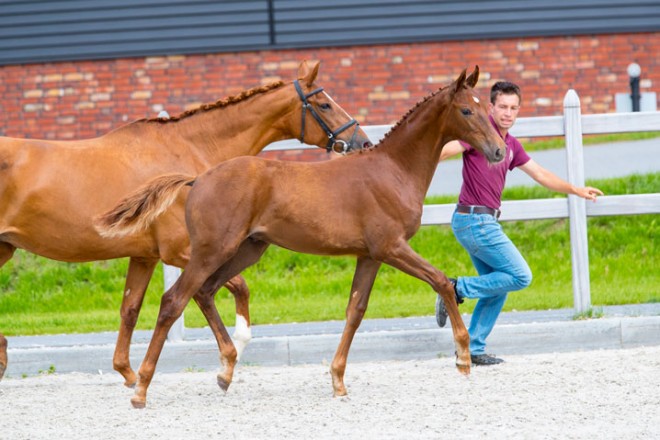 S. Daily Diamond, the top stallion of his performance test, was approved with a remarkable score of 87.5 points. Furthermore, he excelled in the stallion competition under Dana van Lierop. Daily Diamond, who boasts elasticity, willingness and excellent movement, is training with Bart Veeze for the higher levels. This year, he presented his first crop of foals, which are very promising.

DS. Kirsten Beckers successfully competed Montecristo in the Grand Prix. As a breeding stallion, he is known for producing successful horses including Sierappel, Special Gift and Ro-Lex.