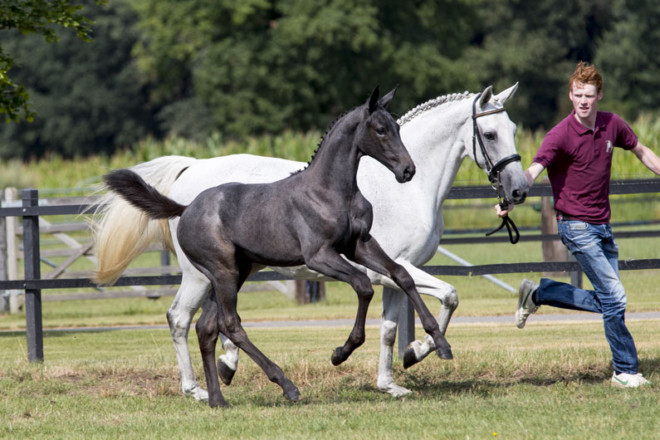 S. Father Cornet Obolensky has been able to develop into an absolute top sire, besides a career in sports, which includes participating in the Olympic Games. As a sire he writes history with highly successful offspring such as Cornet d’Amour, Cornado NRW, Cornet’s Cristallo, Comme Il Faut and Cocoshynsky.

DS. Olympic team silver winner Cardento passes on his qualities greatly considering a series of horses at the highest level such as GDE Matrix, Carrera VDL, and Nice Stephanie.