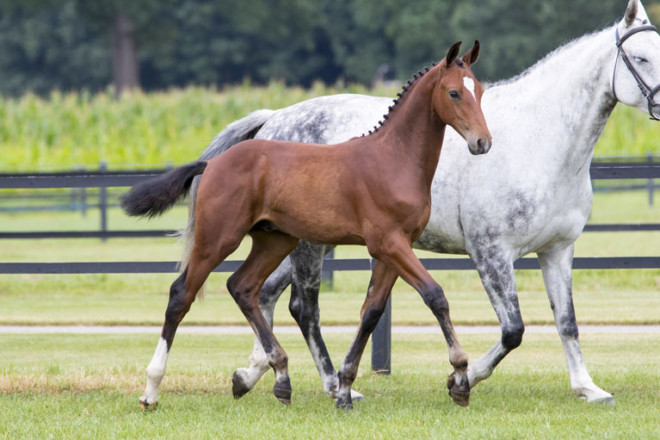 S. With Pieter Keunen top talent Gaspahr won this year’s Stal Hendrix competition for five-year-olds with force majeure. The Berlin son descends from a strong family which already brought several Grand Prix horses. He combines power with blood and presents his first foals this year, which also seem to have a lot of blood.

DS. Toulon performed at the highest level and stands out as a sire with successful offspring such as Toulago, Woulon L, Living the Dream and Dadjak ter Puttenen.