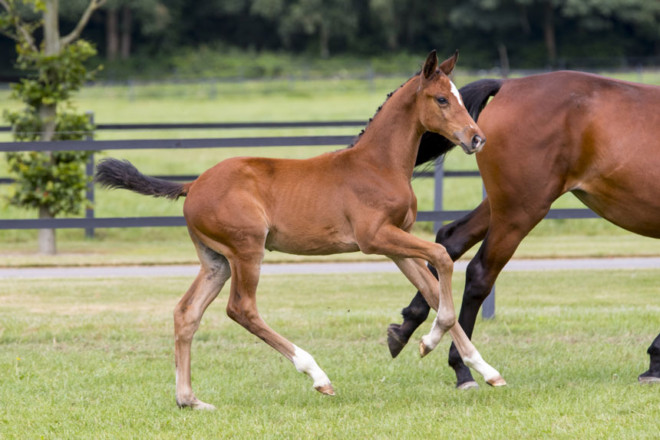 S. Sire Quasimodo van de Molendreef jumped at the highest level and is a full brother of the successful sport and breeding stallion Action Breaker. The Heartbreaker son is known as the sire of jumping phenomenon Hello Sanctos (Scott Brash) and other Grand Prix horses such as Comte d’Arsouilles, Jewel’s Carat and Dauphin de Muze.

DS. The Grand Prix stallion Eldorado van de Zeshoek TN stands out with Willem Greve and is making a name for himself as a sire with sons such as Grandorado TN, Grodino and Highway M TN.