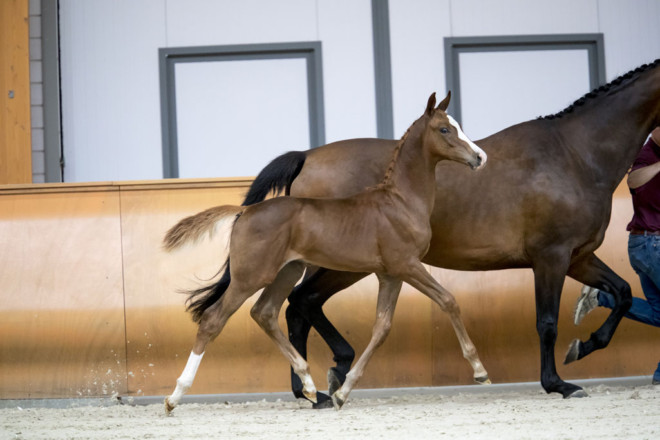 S. The five-year-old Giovanni stands out in the young horse classes with his rider Ingrid Malan and in the performance test already showed there is to be no doubt about his talent. He was approved with 86 points due to his power, balance and self-carriage. The
descendant of the Rava-line seems to strongly pass on his great qualities.

DS. The Small Tour stallion Vivaldi managed to leave his mark on his many successful descendants such as Dream Boy, Vitalis, Desperado, Eye Catcher and Cennin.