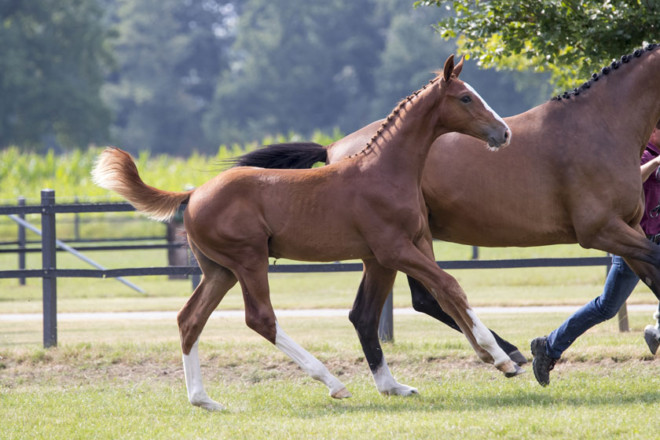 S. The genetically interesting Malibu TN stands out jumping with Zoï Snels in the fouryear- old classes and became famous in the performance test for his reflexes and ability.
He is out of the same dam as the Grand Prix jumper Bellinda (s.Namelus R) that Kara Chad was on the longlist with for the OS. Malibu TN sired his first crop of foals this year.

DS. The international 1.50m jumping Ultimo already produced a range of talents such as national mare champion Aviana and the international jumpers Cavalia, California and Bolien.