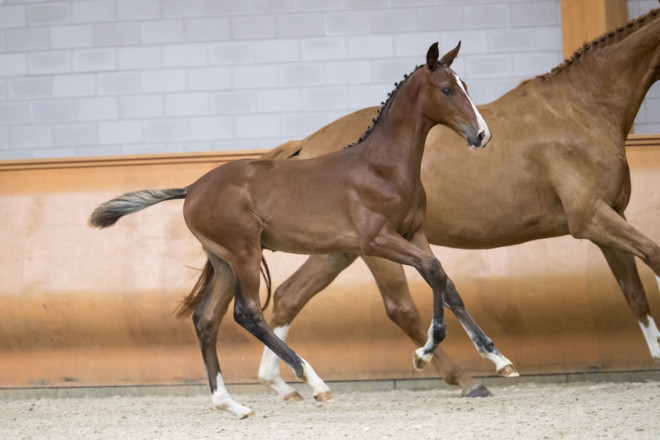 S. The impressive Lord Leatherdale was ridden successfully in the Small Tour and manages to leave a mark on breeding with offspring such as Everdale and Glamourdale. He passes on talent for movement, with great elasticity, self-carriage and will to perform. With the KWPN his sons Chippendale, Glamourdale, Fairytale and Everdale are approved and his oldest descendants compete in the Small Tour.

DS. The oldest offspring of the strong progenitor and sire of champions Rousseau prove themselves at Grand Prix level, such as Wilco V, Zippo, Zamacho and Harmony’s Fiorano.