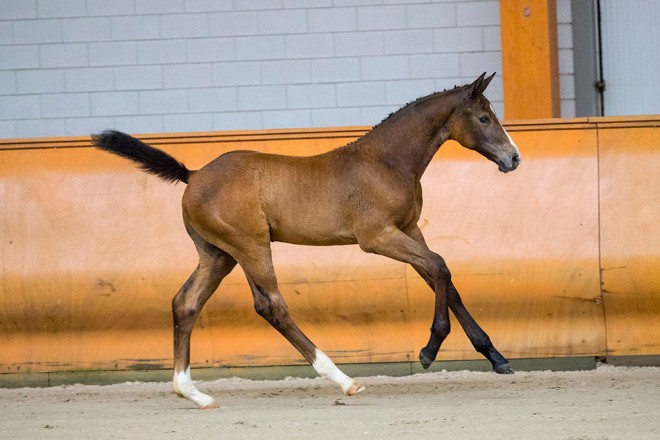 S. With offspring such as Fenia van Klapscheut, Izzy by Picobello, Gautcho da Quinta Z, Gigolo and H&M Gitania VG, stallion Cicero Z has established his name as a progenitor. The valuable Carthago-son displayed his great qualities himself at the highest level with Dirk Demeersman who enjoyed many successes with him in Grand Prix and Nations Cup competitions.

DS. The Grand Prix stallion Corrado I has become an influential top-producer thanks to well-known offspring such as Corradina, Think Twice II, Clinton, Indorado and Corofino I.