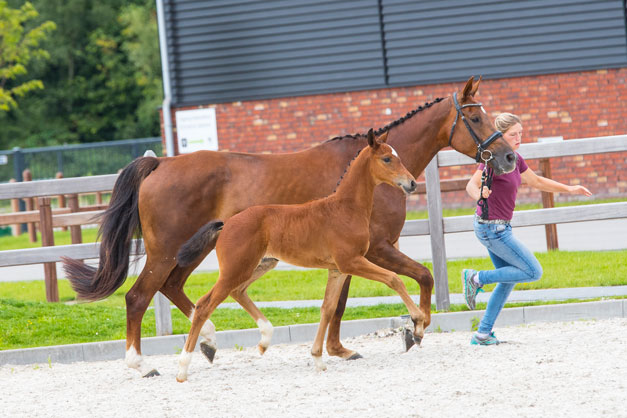 S. The Holsteiner premium stallion Cascadello is emerging as one of Casall’s best sons in breeding. As an eight-year-old, he is already competing at the 1.45m level under Dirk Ahlmann; and as a sire, he is putting his stamp on his offspring. He has already produced more than ten approved sons, among them the top KWPN performance test horse Jacadello.

DS. Clarimo competes at the highest level under Rolf-Göran Bengtsson. The stallion’s oldest offspring which have made their Grand Prix debut include Crunch 3, Cynar VA and Chardonnay 79.

The normal Dutch VAT scheme applies to this foal.