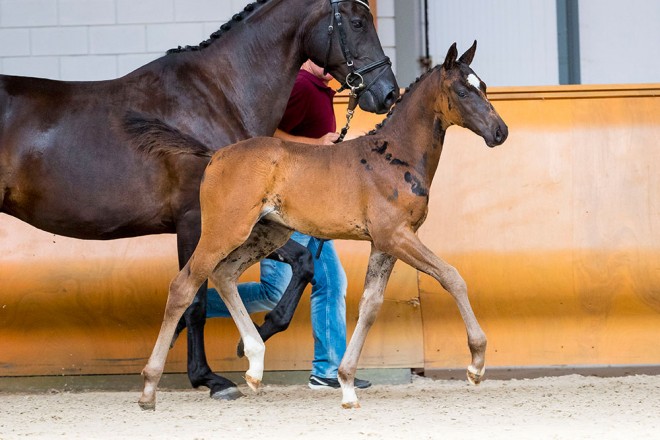 S. The genetically-interesting performance test star Just Wimphof was registered with the KWPN with a score of 86 points. He represents a strong bloodline and is attracting attention under Renate van Vliet. Judging from his first crop of foals, he passes on his own beautiful movement and dressage talent in abundance.

DS. The Olympic stallion Johnson has already been part of the world’s top for years and has made a name for himself as progenitor with offspring including Boston STH, Bretton Woods, Hexagon’s Double Dutch and Meggle’s Boston.