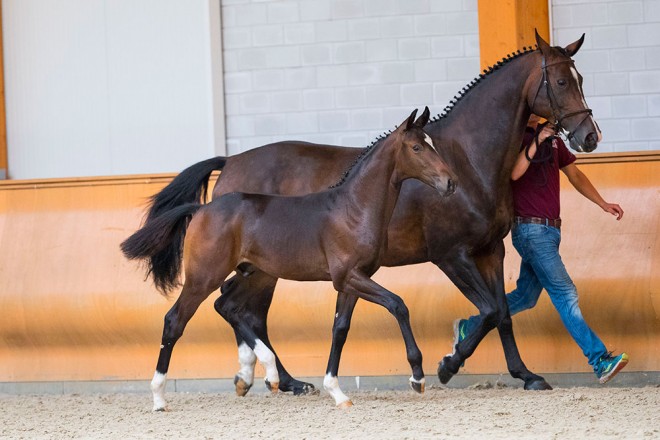 S. The now six-year-old performance star Daily Diamond is showing his great qualities and potential under Bart Veeze and already produced several champion foals from his first crops. He was approved by the KWPN with 87.5 points and excels with his elasticity, attitude and quality of movement. Characteristics which he seems to pass on in abundance.

DS. The Small Tour dressage stallion Kennedy has sired various offspring that are currently successful at the highest level, including Poko Loko, Sundayboy and Udo.

The margin scheme applies to this foal and he has the d-oc predicate.